For the first time in a while, there’s enough yield in short-term cash investing to make CFOs and treasurers notice.

Relatively safe and liquid money market funds, Treasury bills, and other credit instruments have attractive rates again because of the Federal Reserve’s interest rate hikes. Inflation, of course, has also made seeking some yield prudent — cash idle on balance sheets becomes less valuable by the day. 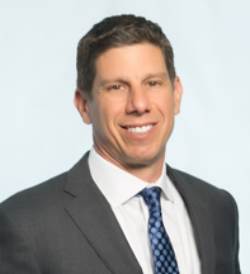 While a company might be unable to fully offset increases in the costs of materials, labor, and energy use without taking on undue risk, treasury departments have realistic alternatives to parking cash in bank accounts.

“The Fed and global central banks have suppressed market-determined interest rates” for years, Jerry Klein, a managing director at Treasury Partners, told CFO. “Now, as the Fed pulls the punch bowl … our clients are very excited about the opportunity to earn significant interest income on cash balances.”

A company with $1 billion to invest could earn $30 to $40 million of interest income compared with about $2 million in the past couple of years, Klein estimated.

“It happens to be one of the quickest [interest rate] moves upward that we have seen in our lifetimes,” Klein said, of the Fed’s interest rate hikes. That partly explains why U.S. banks seem extremely slow to raise their deposit rates.

But treasurers can earn income apart from bank accounts without losing principal and staying relatively liquid in the event economic conditions worsen. Following are four tips for approaching short-term investments.

1. Money market funds are safe and liquid, but beware they have a downside. “The presumed safe bet” is to leave excess cash balances in money market funds (MMFs) and short-maturity (less than three months) Treasury bills, Lance Pan, director of investment research & strategy at Capital Advisors Group, wrote in a market commentary.

Money market fund assets have climbed from $4.47 trillion in April 2022 to $4.58 trillion as of October 5, according to the Investment Company Institute.

Very few corporations still allocate cash to prime institutional MMFs due to the market’s structural vulnerabilities. But Government and Treasury MMFs made up 14% of organizations’ cash allocations in the most recent Association for Financial Professionals Liquidity Survey. 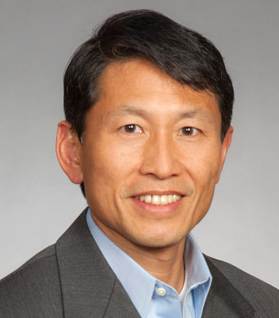 In Pan’s experience, yields on a typical government fund MMF, however, take the duration between FOMC meetings to climb to the bottom of the Fed funds range, he said.

For example, Fed funds were raised to a range of 3.0% to 3.25% on September 21. The Crane Data institutional Government Fund index yielded 2.61% as of October 6. And that 2.61% doesn’t include MMF investor fees.

2. Consider a “laddering” strategy.  Laddering — buying bonds with laddered maturities and going further out on the yield curve — can boost returns.

In such a portfolio, the maturities of Treasuries could range from overnight to 15 to 18 months, said Pan, when U.S. interest rate policy is expected to approach a neutral stance. Securities with longer tenors receive progressively diminished allocations, he said.

The ladder allows for the reinvestment of proceeds as rates rise. Laddering can also provide “a partial ‘lock’ of higher rates further up the curve should the Fed pivot or stop [raising rates] sooner than the market anticipates,” Pan said.

Fed officials have indicated that they will go to restrictive territory and observe how it went. I am doubtful they’ll have the luxury of waiting. — Lance Pan, Capital Advisors Group

Laddering can also be used to combine money market funds and 3- to 6-month Treasuries, according to Klein. “This strategy sacrifices some liquidity but can boost returns substantially,” he said. On Monday, the 3-month was yielding 3.38% and the 6-month was 3.98%. A little less than one-quarter of the finance executives surveyed by AFP anticipated an increase in investment in Treasury bills in 2023.

Talk of the Treasury market’s lack of liquidity shouldn’t deter investors. That generally refers to the primary issuance markets, not the secondary market. “We have not noticed any liquidity issues with Treasury securities at all,” Pan told CFO.

Lower-quality bonds may soon face a reckoning, but default rates in the United States are still low. Even at non-investment-grade credits, “interest coverage ratios are strong, and net leverage ratios are favorable,” said Klein.

If finance executives see a reversal in those trends, a good strategy may be to “trade up in credit quality by adding instruments that are proven to have weathered economic downturns while trimming off cyclical and marginal credits,” according to Pan.

4. Take a view on the Fed pivot. According to Pan, portfolio managers who consider adding duration to their portfolios should decide in the context of where they think the Fed is in the tightening cycle.

A laddered maturity strategy allows for reinvestment opportunities and limits mark-to-market value fluctuations should the Fed’s strategy shift. To provide protection should the Fed pause its rate hiking cycle earlier than expected or cuts rates (a “pivot”), companies can also position a portion of cash further along the yield curve, said Klein. Currently, rates on 2-year and 3-year Treasuries are similar to those of 6- and 12-month Treasuries, he said.

Whichever strategy finance adopts, finance executives should be aware that a change in the central bank’s monetary stance can happen quickly.

A pivot is indeed what to expect from the FOMC, Pan said, while “a Fed pause is possible but not likely.”

He said: “History indicates that by the time the Fed realized it had overtightened, the economy had already gone into reverse, which required immediate actions from the Fed. Fed officials have indicated that they will go to restrictive territory and observe how it went. I am doubtful they’ll have the luxury of waiting.”