Corporate treasury departments appear to be gradually warming up again to prime money market funds (MMFs), according to new data. And while recent tax reform may brighten MMF prospects further, the funds may have lost their status as a primary vehicle for corporates to stash cash.

The volume in prime funds plummeted as MMF reform approached its effective date in October 2016, while the volume of MMFs investing in government securities rose dramatically. Since then, according to Securities and Exchange Commission (SEC) statistics, the volume of prime funds have gradually crept upward, from a low of $550 billion at the end of 2016 to $666 billion at the end of 2017.

Government MMFs also increased slightly. The SEC’s MMF reform required prime funds to be offered with floating net asset values (NAVs) instead of fixed, and it gave MMF boards the discretion, should weekly liquidity fall below 30 percent, to introduce redemption fees of up to 2 percent and/or apply gates for up to 10 days. 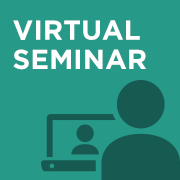 Advanced Cash Flow Forecasting: Statistical Techniques
On March 20 & 22, explore various practical examples to show how different statistical methods can be used to forecast components of the cash budget. The advantages and disadvantages of each technique are discussed, and interpretation of the results is emphasized.

The SEC’s numbers regarding cash allocated to prime MMFs reflect observations by market participants. In a recent NewGroup survey of treasury investment managers, 8 percent of respondents said they had started investing in prime funds again and 14 percent were considering it. The survey also revealed that 39 percent of respondents had moved away from prime funds and remained in government MMFs, while 19 percent had always been in government MMFs, 6 percent had opened a separately managed account to invest cash, and 14 percent allocated cash to other investment vehicles.

Barbara Shegog, director of the NeuGroup’s Peer Knowledge Exchange, said the majority of the Neugroup’s corporate members shifted to government funds around the time of MMF reform. Since then, she said, prime MMFs have remained stable, and in light of recent tax reform and the anticipated repatriation of corporate cash from overseas, more corporate asset managers are considering a return to them. However, she added, the exodus to government MMFs resulted in numerous prime MMFs closing or drastically shrinking.

“Now the problem is that no one wants to be the first big client back into a fund,” Shegog said. “No one is going to lose their job by staying in lower yielding government MMFs, but they could lose it if they put money in a prime MMF that pays an additional 50 basis points and it blows up.”

Capital Advisors has seen a few of its corporate separately managed account (SMA) clients direct their cash back into prime MMFs, representing about 1 percent of clients and roughly 2 percent of invested dollars. Lance Pan, director of investment research and strategy, said conversations with clients suggest those moving back to prime funds typically already invest in offshore funds with floating NAVs.

“So they’re not adverse to the variable aspect because they’ve lived with that experience,” Pan said.

Pan said that the redemption gates imposed by MMF reform tend to be the biggest issue for corporate treasuries, and those that have moved back to prime funds have become comfortable with fund sponsors’ commitments not to impose gates in times of stress. For many corporate investment managers, the current yield pick up between prime and government MMFs—still less than 25 bps—simply doesn’t warrant the effort.

“They’ve gone through the battle and don’t want to go back to their boards to get approval to flip the switch back to prime funds, inviting questions about why the move is worthwhile and providing the necessary support documents,” Pan said.

Treasury Strategies has concluded that a key impediment to corporates returning to prime funds is the lack of spread incentive between prime and government funds, according to Anthony Carfang, managing director at the Novantas consulting division. “Although wide by historical norms, it’s simply not yet sufficient to overcome operational complexities.

“Our sense is that as rates go up and spreads widen, more corporates will wade back in,” Carfang said. “Most corporates invest every day in assets that float, including bond funds and commercial paper… Prime funds invest in the commercial paper of the strongest banks and corporates in the world, so concerns about NAV fluctuations are a bit far fetched.”

Nevertheless, not all the money which has left prime funds can return. Investments through sweep accounts, for example, are mechanically impossible with a fluctuating NAV fund.

Even so, prime MMFs may never return to their illustrious status before the 2008 financial crisis, when the Reserve Primary Fund failure and the Lehman Brothers bankruptcy resulted in heavy redemptions from prime institutional MMFs and a short-term funding squeeze. Pan said he believes prime funds are likely to one day become a more important vehicle for investing cash, but not the primary tool. In part, he added, that is because the longer prime balances remained stunted, the more likely former issuers of certificates of deposit—the main investment of prime MMFs—will find other, reliable funding sources.

“That alone will alleviate pressure on the short-term side, so the need to fund in the prime MMF space will be lessened,” Pan said.

He added that to re-engage the prime MMF market even as a secondary vehicle to park cash, besides a wider spread difference between prime and government MMFs, will probably require some well-known institutional accounts to take “anchor” positions. He said it will be “probably a process of three-to-five years to reach significant balances.”